Every year, Apple delivers a big update to its mobile operating system, iOS. On September 13th, they did just that and, while that particular date may be unlucky for some, for Apple fans, it heralded a new dawn for their devices.

iOS is now in its tenth iteration. The big changes aren’t immediately obvious – it shares much of the same basic design with iOS 9 and the ‘springboard’ app launcher (i.e. the many scrollable pages of your installed apps) is as present and unchanged as it has been since day one.

It’s the stuff that unexpectedly delights you which hints at much bigger changes behind the scenes. Picture the scenario: you head to the gym – iOS 10 freshly installed on the iPhone in your pocket – park your car and head into the building. A notification sounds on your phone, and having retrieved it from your pocket, you’re presented with the following message: 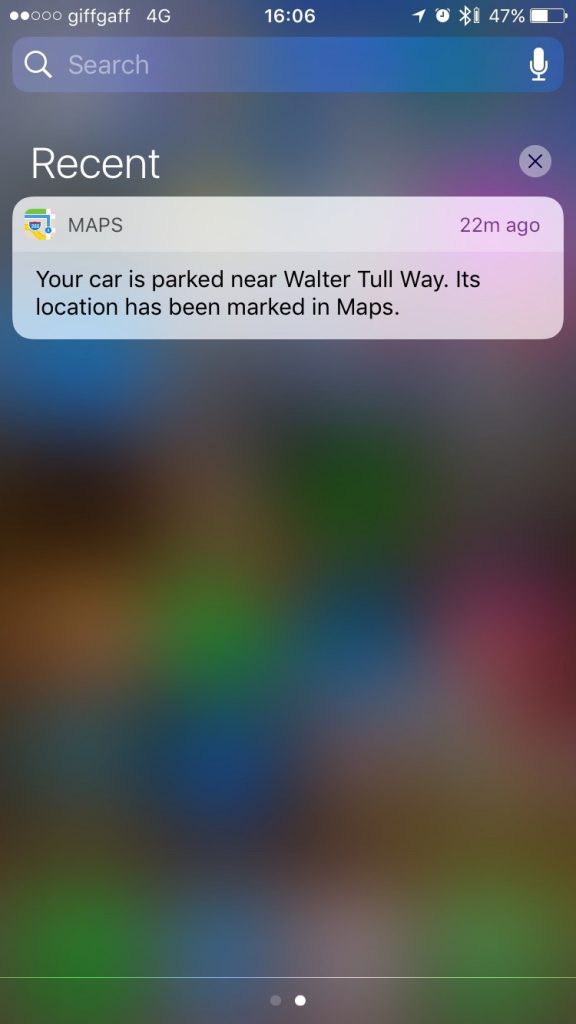 So, iOS 10 was clever enough to work out you were travelling in a car, it knew that your final destination wasn’t your home and was considerate enough to make a note of where you’d chosen to park within the Maps app should you forget later on.

This subtle yet incredibly useful feature hides years of continual improvement and massive technological advancement in iOS, much of which is coming to fruition in the tenth edition.

A lot has changed for the better in iOS 10. Here’s our first impressions after a couple of days with the new operating system:

iOS 10 may look very familiar, but there are subtle design tweaks throughout. Animations when opening apps feel more fluid and the whole thing zips along snappily.

There are some big design changes to specific apps (we’ll get to that in a moment), but the subtleties introduced by the design team make your phone feel new and refreshed. It’s just better.

Apple has really gone to town on messaging in iOS10. You can now write messages with your finger for that added personal touch and send traditional text messages with the addition of a number of effects. Need to say “happy birthday”? Just add balloons and watch as they float majestically up the screen. Want to shout about something? Add the ‘slam’ effect. 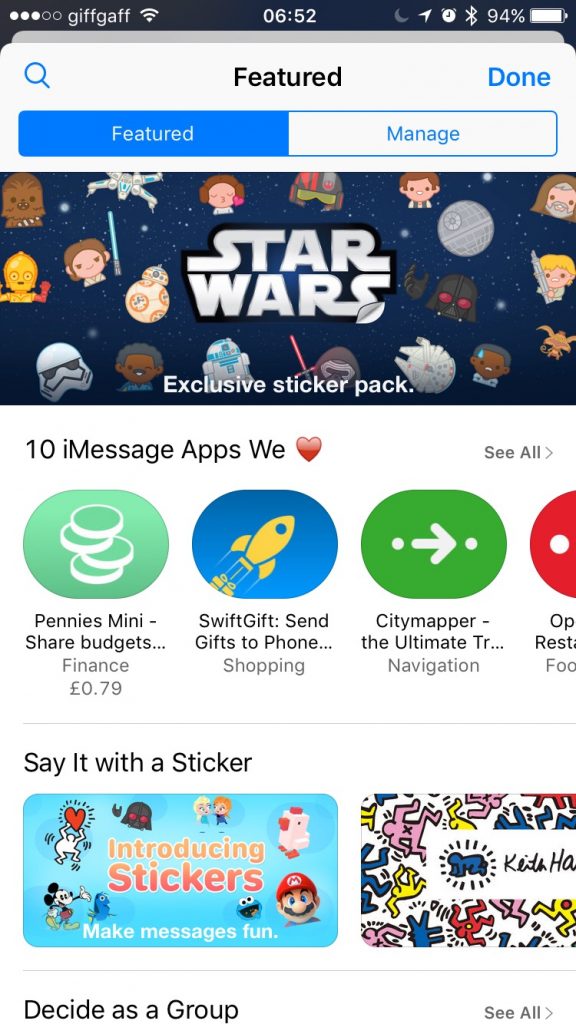 Clearly understanding the impact of services such as Snapchat, Apple has introduced messaging features (you can even install apps designed specifically for Messages) that will chime particularly with the younger generation and provide a welcome bit of experimentation for those old enough to remember when SMS was just SMS.

When Apple Music was introduced last year, it was largely criticised from a design perspective. Users found it clunky, unintuitive and, in places, rather buggy. The new version aims to fix that and on first use, it looks far better.

Large, bold text now highlights exactly where you are within the app and the Library section has been simplified to provide quick access to the important stuff – your albums, artists and downloaded music. 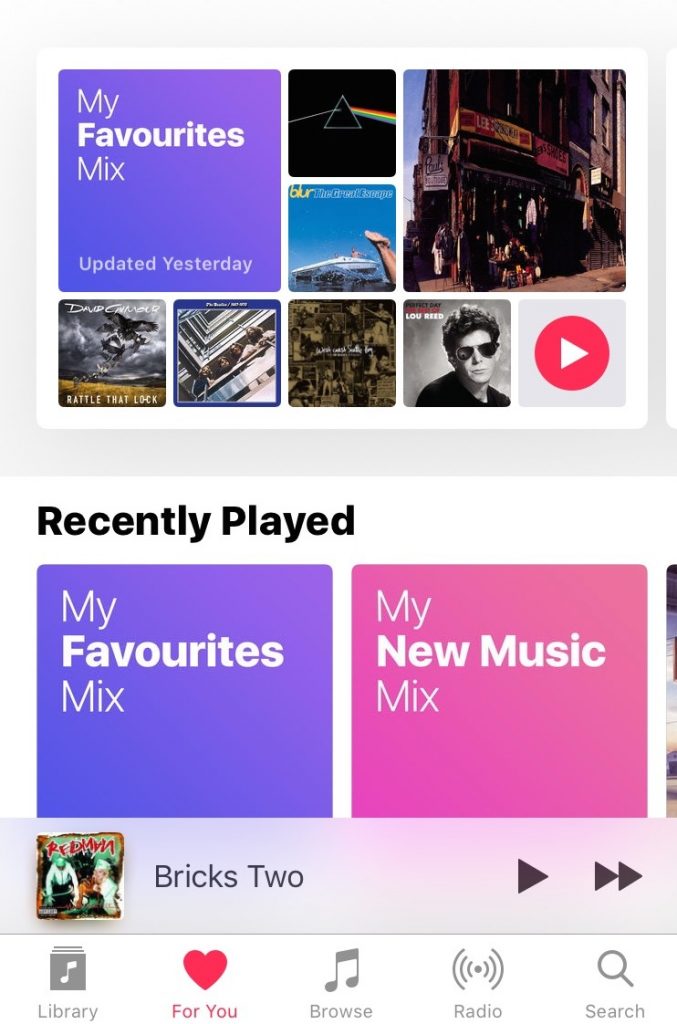 For You has been tweaked nicely, too, with some great playlist additions. ‘My Favourites Mix’ automatically picks a bunch of songs you play most often while ‘My New Music Mix’ updates every Friday with tracks Apple Music thinks you’ll like.

Overall, one of the best updates in iOS 10.

Pick up your iPhone and the screen comes on – simple. No button press needed. This tiny feature addition actually adds up to a lot in every day use. Incredibly handy for quickly checking notifications.

The notification system in iOS 10 has received a huge overhaul. A new design ensures they pop out of the screen and most will enable you to interact with them rather than opening the app in question.

Swipe to the left of the home screen and you’re now presented with a brand new widgets list. You can add and remove widgets and the detail contained within them is rich and genuinely useful for quick glances.

Just like Music, News has been given one of the most complete makeovers in iOS10. The same bold titles keep everything in context and the ‘For You’ section does an admirable job at serving up news relevant to the user.

News has lots of competition, but this update may just sway people away from the third party apps aimed at keeping us up-to-speed with everything that’s going on in the world.

Lastly, special mention must go to Photos, which now includes a ‘Memories’ feature. This could easily be dismissed as a gimmick, but it turns out to be an lovely addition to the app.

Photos now automatically creates memories that take one event, year, location or particular period and display photos and videos from that time in a short video, complete with music (you can alter the style of the video and music to suit the footage). It’s a great way to relive old memories. 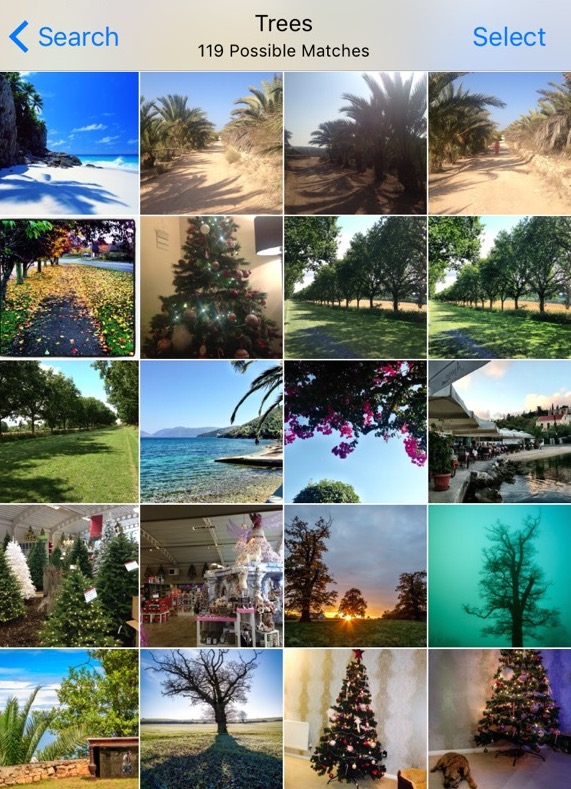 You can also now use Photos to search for specific objects and people within photos. Thanks to some clever machine learning and artificial intelligence, Photos scans images for recognisable objects and creates a database you can query. For example, type in ‘trees’ and it’ll serve up photos and videos containing just that. Smart.

It’s early days, but iOS 10 makes your iPhone feel like a completely new device. It’s quicker, more intuitive and updates to Music, News and notifications in particular add functionality that will be used daily by most people. Messaging is now fun, if most appropriate for those who fully understand the world of Snapchat.

The only downside is the lack of iPad-specific updates, although it is likely we’ll see improvements for that device in the coming months.

If you haven’t downloaded iOS 10 already – go ahead, you won’t regret it!